“Will Kagel’s ‘Staatstheater’ become a standard of musical theatre? The cast is variable, so even provincial theatres should be able to produce it. That it is one of the most important works of post-war musical theatre and, even more so, one of the most necessary, is without question.” With the assessment in his review of the world premiere, published in the weekly paper Die Zeit on 30 April 1971, the famous critic Heinz Josef Herbort certainly went out on a limb. As far as later productions of Mauricio Kagel’s scenic composition are concerned, a wide range of assessments may well be assumed: Only very few renowned houses undertook this veritable experiment after its spectacular original production during Hamburg’s novelty-rich Liebermann-era. Even though Herbort had gone on to say that Kagel’s intentions for “Staatsthea were twofold: “to help to reveal and thus remove the vainglorious trappings of the opera and in its place liberate a new activeness, a new feeling of quality, a joy of performing that was previously obstructed by the apparatus. This can only benefit the opera as a museum.”

In 1971, Hamburgische Staatsoper had to be placed under police protection because of bomb threats following the premiere of the work. Almost 50 years later (and under the special circumstances of the anniversary celebrations of BTHVN, whose work Kagel also addressed), it is surely time for another attempt at this work. The premiere was originally planned for April 2020, but Jürgen R. Weber salvaged the production even despite the ensuing crisis and integrated notions generated by the new circumstances. This could mean that STAATSTHEATER at Oper Bonn may be the first real theatrical response to the most recent past of the republic as well as the city. 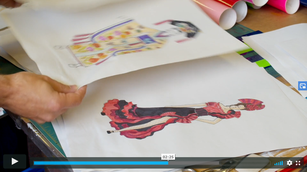 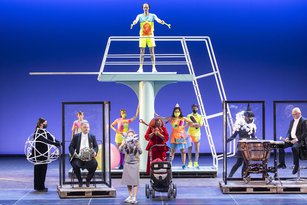 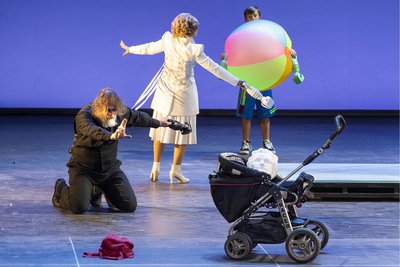 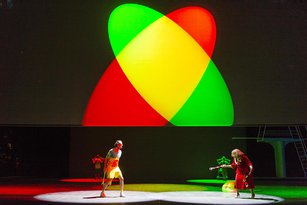 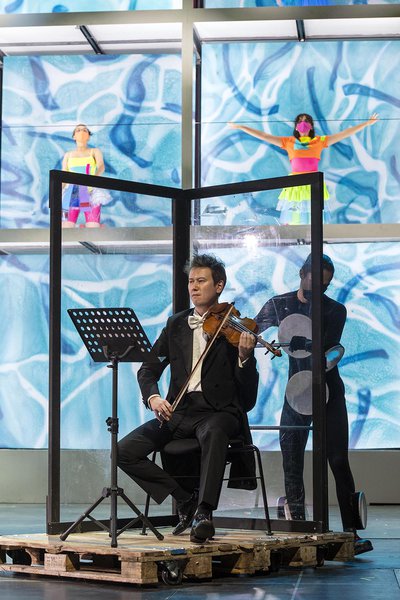 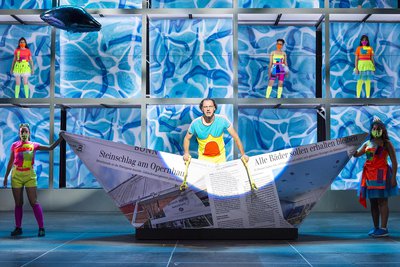 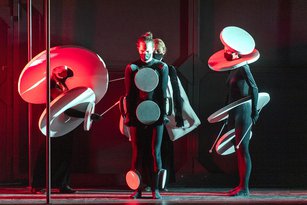 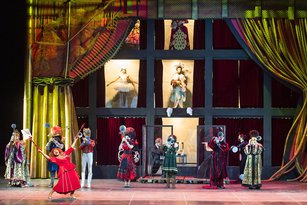 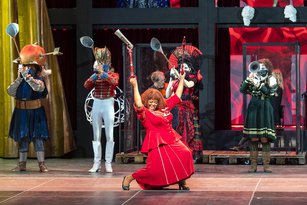 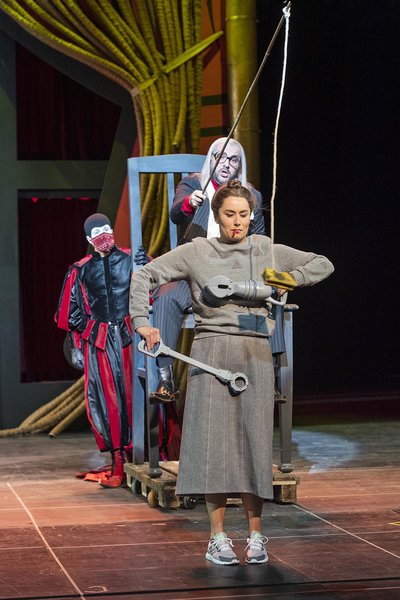 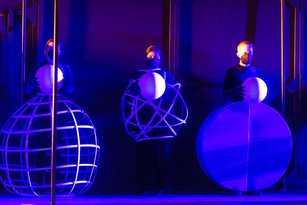 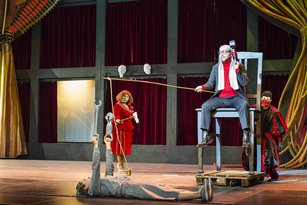 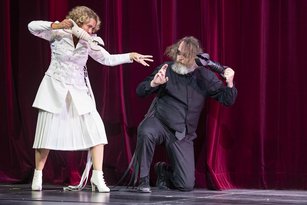 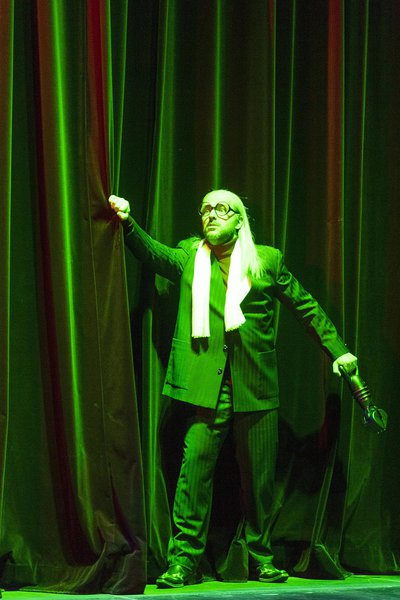 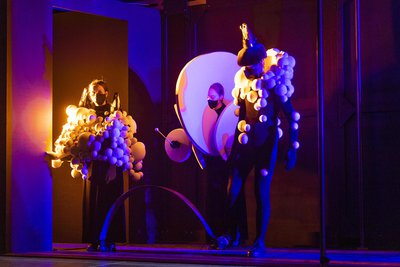 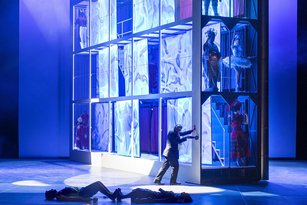 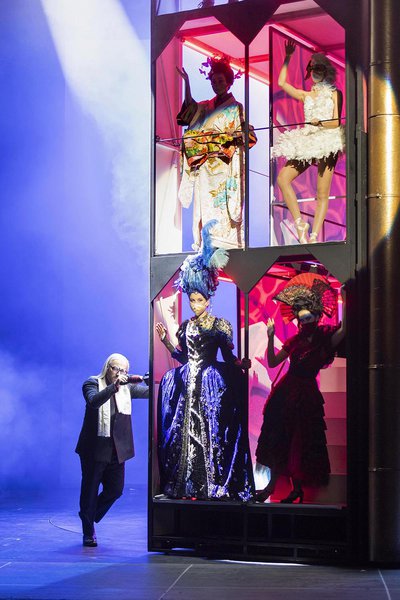 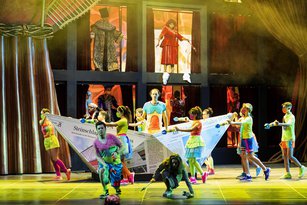 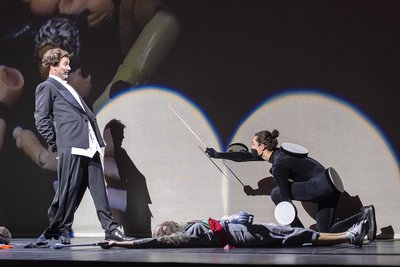 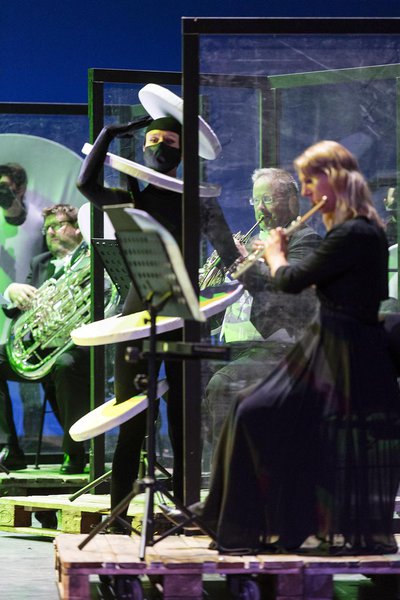 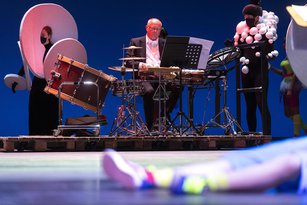 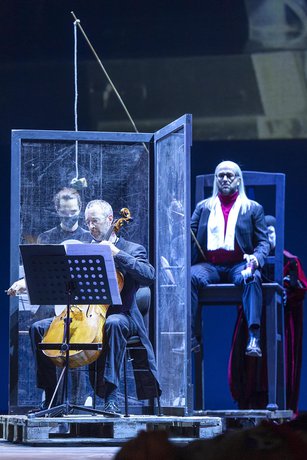 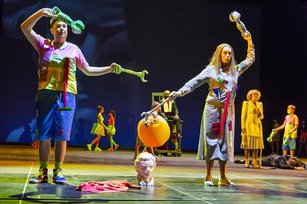