The Latin American writer Hector Tizón describes life as a long walk around a house. At times you must go far away from your home in order to know what is your own. Going far away and so, to come to know yourself anew, is also the motto of the Chinese BEIJING DANCE THEATER and its director Yuanyuan Wang. Wang  combines West European music with traditional elements of Chinese culture. It is no longer unusual for Westerners to consider the Far East, but the opposite, how Asians consider Europe is also quite interesting. Marcos Morau, Artistic Director of the Spanish dance company La Veronal, accepted an invitation to go to Beijing and from there, he looked back to his homeland, the homeland of Flamenco.

In REQUIEM, the first piece on the program, Yuanyuan Wang tackles Mozart’s work of the same name. The story of its composition and the quality of its posthumous completion have long been an object of discussion. Although only about two thirds of the piece stemmed from Mozart’s hand, it remains one of his most beloved and highly appreciated works. Mozart died during the composition and Joseph Eybler was asked to complete the work and Mozart’s pupil Franz Xaver Süssmayr actually carried out the task. The commissioning of the piece and its coinciding with Mozart’s death have led to much legendary speculation about the circumstances surrounding its origin.

"Religion entertains fine thoughts about the Garden of Eden, but, in fact, in the name of religion, wars are waged and people, killed. Angels and demons dance together. In this vein, good and evil, beauty and ugliness are inseparable. Humanity has long sought a spiritual place, where the soul can come to peace. Without this, we are lost in our physicality. We must learn to understand where and how our spirituality originated," to quote Yuanyuan Wang. "Traditions can be too big and become a hindrance. We must act as if we were foreigners in our own land. Seen from up close everything seems so ordinary. From a distance we can fall in love again." That is how the world-renowned choreographer Marcos Morau describes the intension of his piece MANOLITA, which he created for China’s best known contemporary tanztheater ensemble. The Circus-Theater founded in 1950 by Chen Tse-Ping and Manolita Chen was a Spanish enterprise with 50 international performers that for forty years toured the country combining circus and vaudeville acts.

Marcos Morau, born in Spain, studied choreography at the Conservatorio Superior de Danza in his native Valencia, at the Institut del Teatre in Barcelona and at Movement Research in New York. He also has a master’s degree in theater theory. He does not limit his work to the art form dance, but in his creative process, makes use of other elements from photography and theater. Without ever having been a dancer himself, Morau founded in 2005 his own company La Veronal, in which he put together people coming from different artistic genres: dance, film, photography and literature.

The essence of his creativity lies in interdisciplinarity. He is interested in developing his own narrative language and in investigating different forms and means of expression. In 2013 he received Spain’s National Dance Reward. He also won a Sebastià Gasch Award, an important prize from Barcelona promoting art and design. His pieces have also received awards in international choreography competitions, for example in Hanover, Copenhagen and Madrid. He has worked with renowned dance companies around the world such as Compañía Nacional de Danza in Spanien, Scapino Ballet Rotterdam, GöteborgOperans Danskompani, Ballet de Lorraine, Ballet du Rhin, Carte Blanche in Norwegen, the Royal Danish Ballet in Copenhagen and the Korean Contemporary National Dance Company in Seoul.

Yuanyuan Wang is one of the leading choreographers in China. She was born and grew up in Beijing and studied dance at the Beijing Dance Academy, where she later was also a teacher and a tutor. At that time, she also won as a dancer and choreographer rewards at international competitions in Shanghai, Paris, Seoul, and Moscow. Between 2000 and 2002 she studied at the California Institute of Arts School of Dance in Los Angeles and received a Master of Fine Arts Degree there.

She was largely responsible with others for the development of modern dance in China. In 1998, she became House Choreographer at the National Ballet of China. In the following year, her piece BUTTERFLY LOVER had its premiere in the Great Hall of the People celebrating the 40th Anniversary of the National Ballet as well as a Chinese version of the NUTCRACKER. In 2003, she was invited to choreograph a piece for the New City Ballet. She also choreographed pieces for Chinese film directors including a ballet version of Raise the Red Lantern for the director Zhang Yimou and the dance sequences for composer Tan Dun’s The Banquet, which was directed by Feng Xiaogang. She also had the honor of choreographing for the opening ceremony of the 2008 Beijing Olympics. Her work has been shown around the world in the USA, Russia, Japan, France, Bulgaria, Denmark, Singapore, and Australia.

In 2008 Yuanyuan Wang founded the BEIJING DANCE THEATER together with the lighting designer Han Jiang and the stage designer Tan Shaoyuan. The company has 14 dancers, all of whom have been trained in classical ballet. The Beijing Dance Theater is the first Chinese company to fuse classical ballet with modern dance. In May 2011, the Beijing Dance Theater performed HAZE at Bonn’s Opera House. 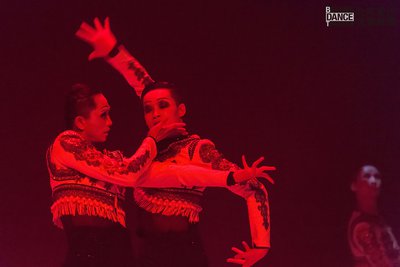 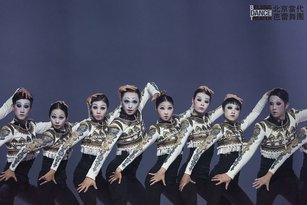 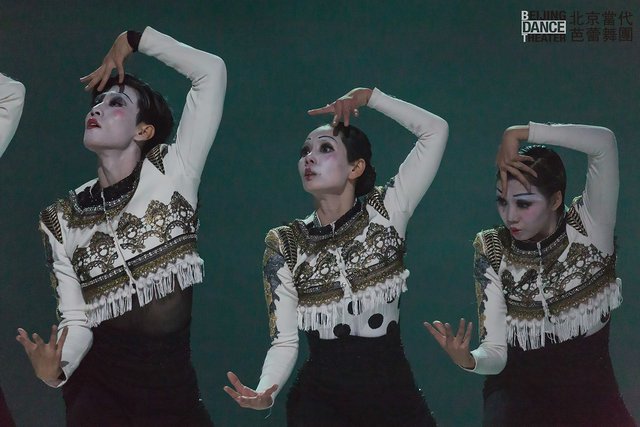 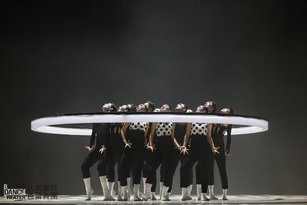 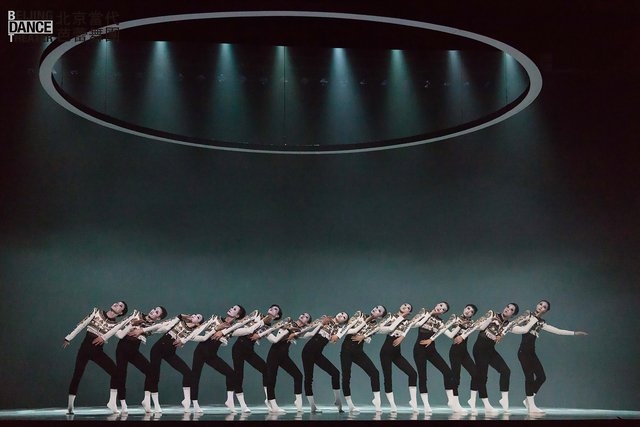 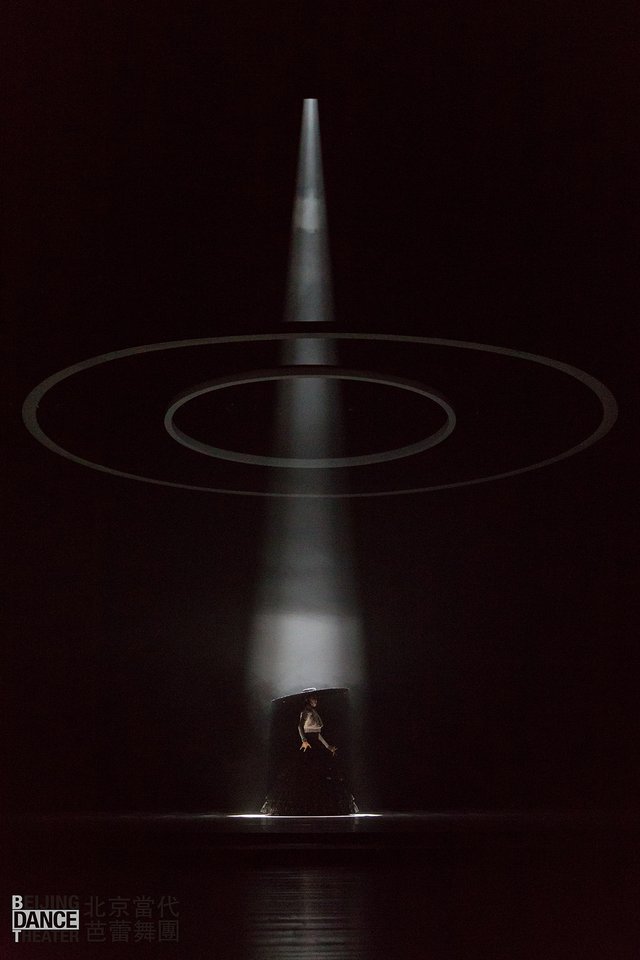 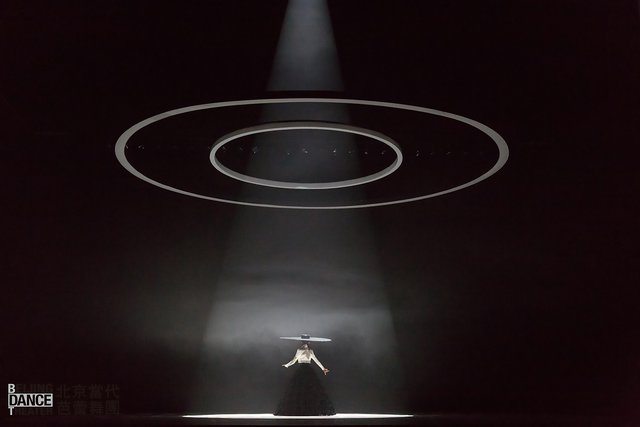 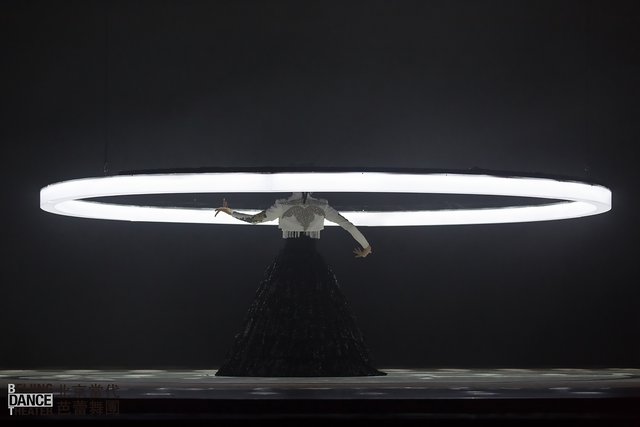 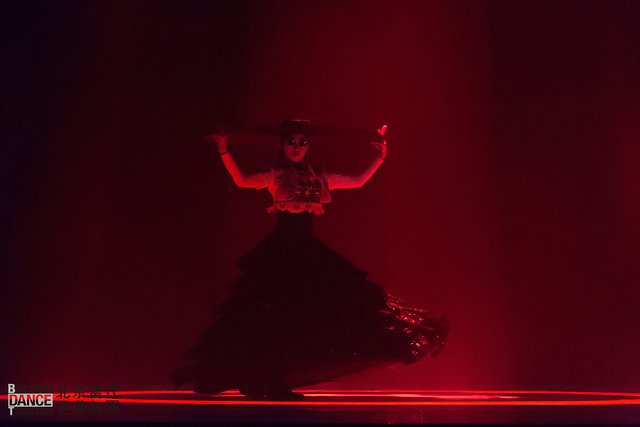 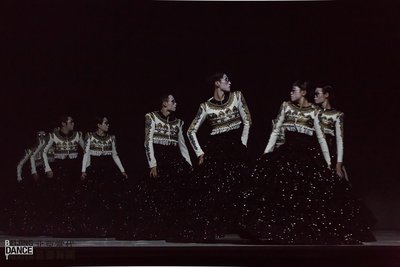 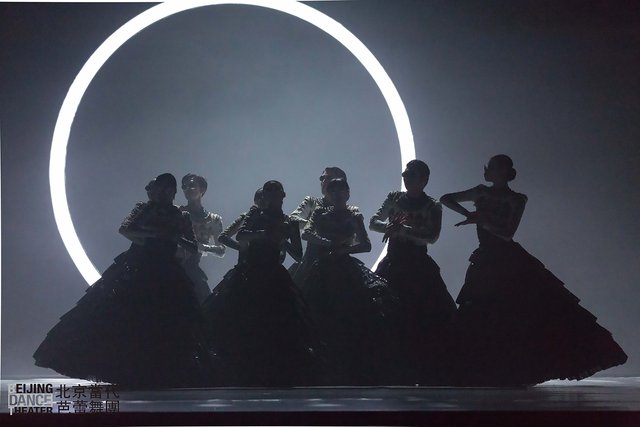 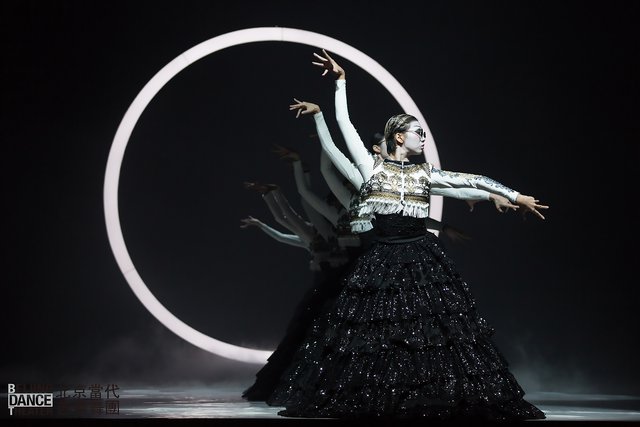 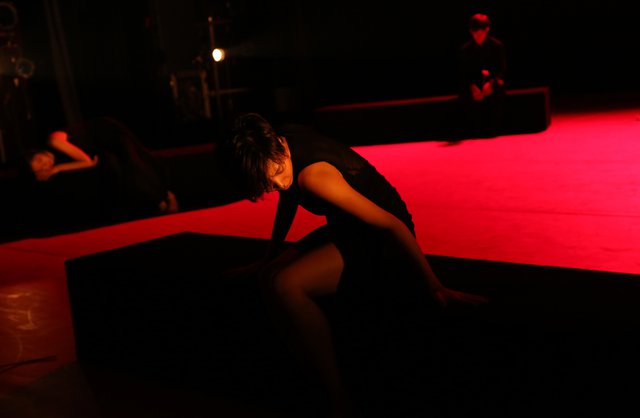 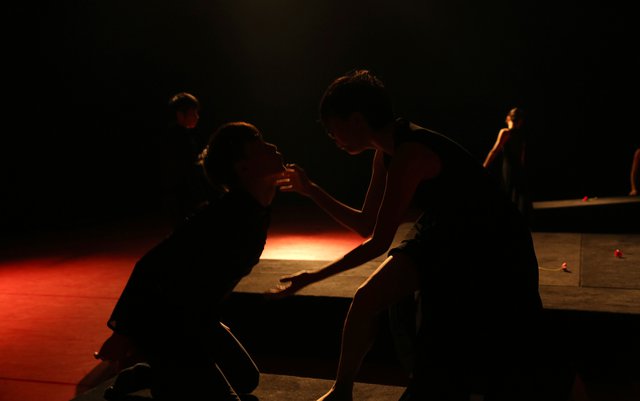 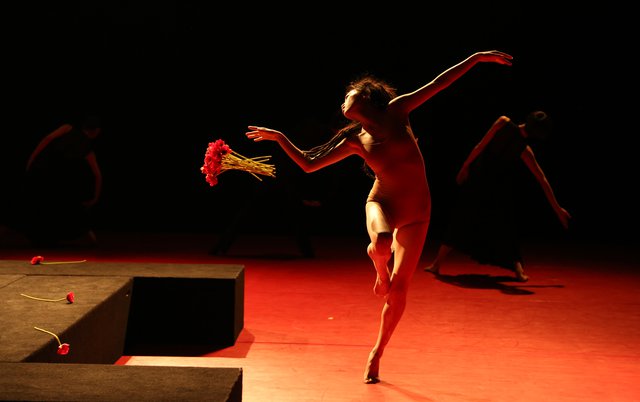 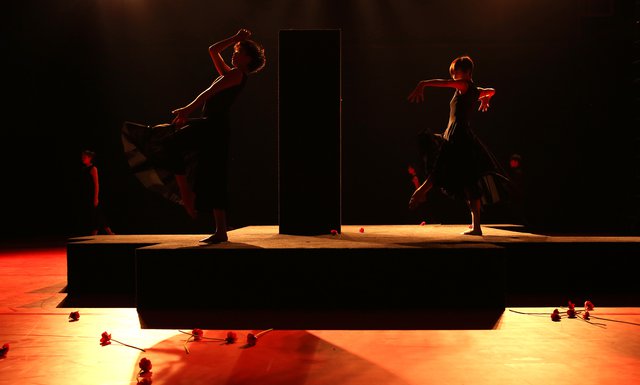 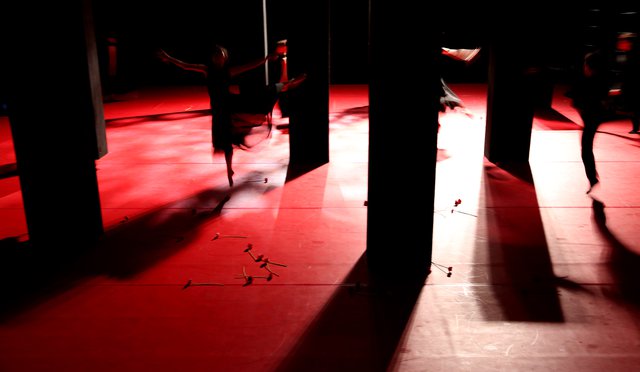 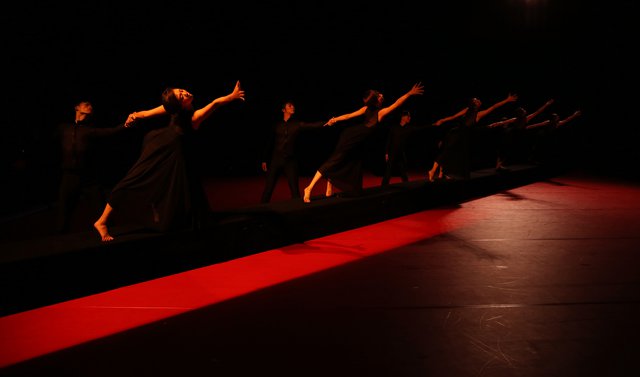 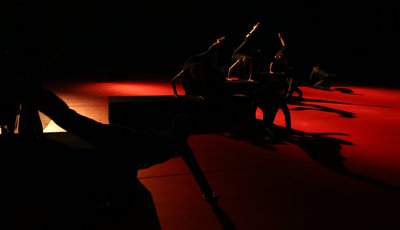 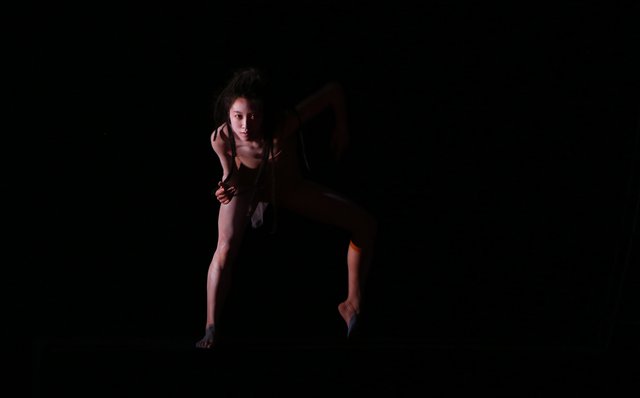 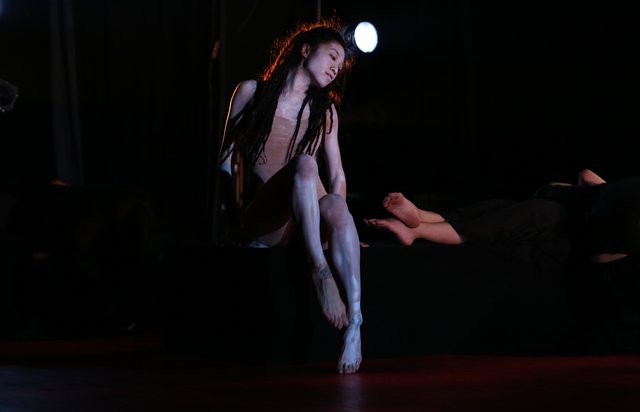 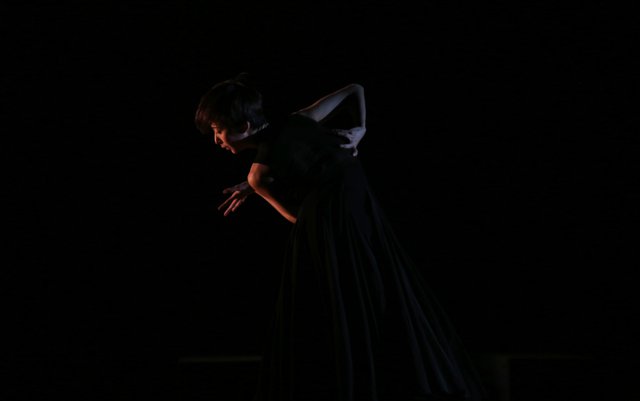 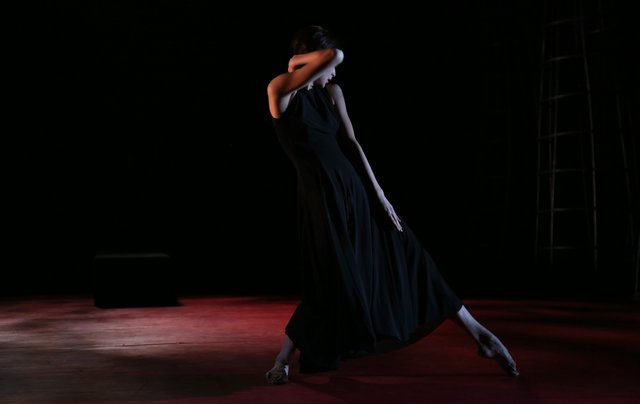 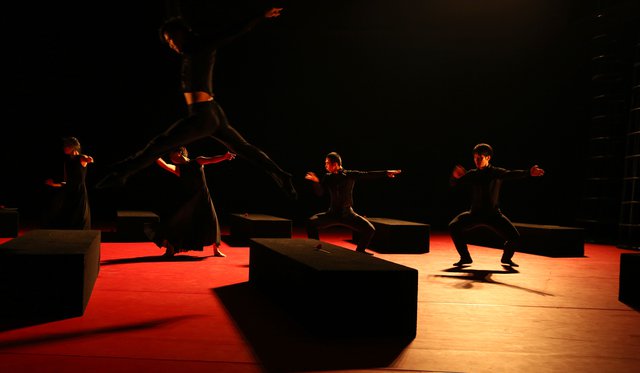 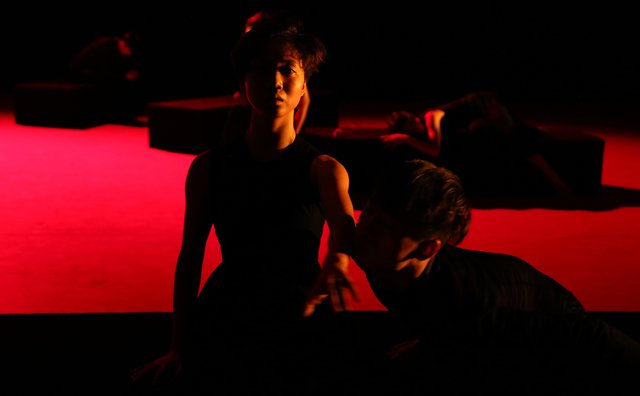