Highly talented young dancers in a Spanish ensemble storm the stages of Europe and perform with impetuous youthful verve the work of famous choreographers. The pieces performed reflect the high standards and the special qualities of the young dancers. IT DANSA comes from Barcelona and the company’s director is Catherine Allard, a former dancer with the Nederlands Dans Theater. The program, in four parts, is a colorful mixture of swing and rhythm. For people who are curious, who want to discover the many facets of dance, IT DANSA is a perfect deal!

The first piece is TWENTY EIGHT THOUSAND WAVES by the Spanish choreographer Cayetano Soto – a fascinating and moving piece. The title is taken from a picture of an oil drilling rig in the middle of the ocean whose pylons are battered by waves, no less than 28000 times a day. According to the magazine Dance Europa the Spanish choreographer Cayetano Soto is a living voice in the world of contemporary ballet with an abundance of originality. His pieces have been performed by, among others, the Stuttgart Ballet, the Nederlands Dans Theater, the Hessian State Theater, the Gauthier Dance Company und the Royal Ballet of Flanders. He has worked with companies like BMJ Montréal, the Perm Opera and Ballet Theatre, the Ballet Hispanico, the Dortmund Ballet and the Northwest Dance Project in Portland, USA. Cayetano has won prizes at numerous dance competitions.

THE PROM by Lorena Nogal is as youthful and full of life as the dance company itself – a colorful and sympathetic loony ballet theater piece, which being somewhat over the top matches the young age of the dancers. Between party fervor, showing off, and first flirtations, the teenagers wind up in situations which make their fragile self-consciousnesses waver. Lorena Nogal comes from Barcelona and is a Catalan dancer and choreographer. She has been working since 2008 as part of the artistic team at Marcos Morau’s company La Veronal. She is also responsible for the production Manolita Chen that the Beijing Dance Theater will bring in March 2022 to the Opera House in Bonn.

LO QUE NO SE VE (What is not visible) tells of the emotions that well up when people, who love each other or are important to each other, are physically distant. Gustavo Ramirez Sansano, born in 1978 in San Fulgencio, Spain, was from 2009 to 2013 the head of the Luna Negra Dance Theater in Chicago, USA. He now works as a freelancing choreographer. He received numerous awards for his choreography. His pieces are performed by well-known dance companies, among others, the Nederlands Dans Theater, the Compania Nacional de Danza, the Hubbard Street Dance Company in Chicago, the Lucerne Dance Theater, Ballet BC, the Hamburg Ballet, the Atlanta Ballet, the Ballet Hispánico und the Luna Negra Dance Theater.

Akram Khan’s KAASH is a beautiful, action-packed piece that brilliantly combines Indian and contemporary dance. The dancers fill the room with long lunging steps, quick spinning turns and wide swinging skirts. Each single finger, arm or head movement evokes a mythological picture, which by means of contemporary dance elements bring us back to the present day. KAASH beguiles us with its perfect fusion of classical Karthak and contemporary dance.

Akram Khan was born in London, the son of immigrants from Bangladesh. At the center of his work is the attempt to bridge contemporary dance with the classical Indian dance form Kathak. His artistic focus is on structural and mathematical elements common to both dance styles. He calls the new language of movement that he developed from these two styles contemporary Kathak. Khan is one of the most celebrated and renowned artists of our times. In the past two decades he has put together a body of work, that has made a significant contribution to the art scene in Great Britain and abroad. 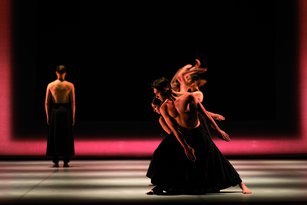 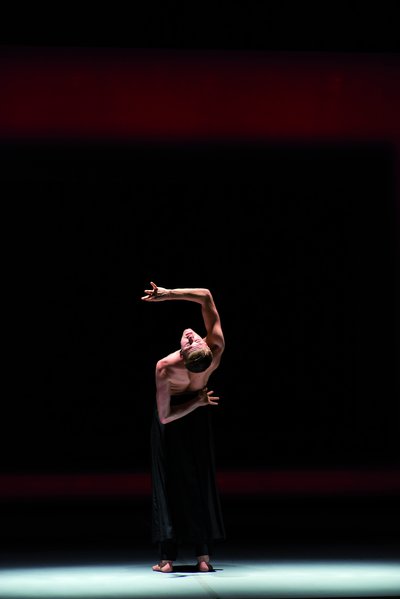 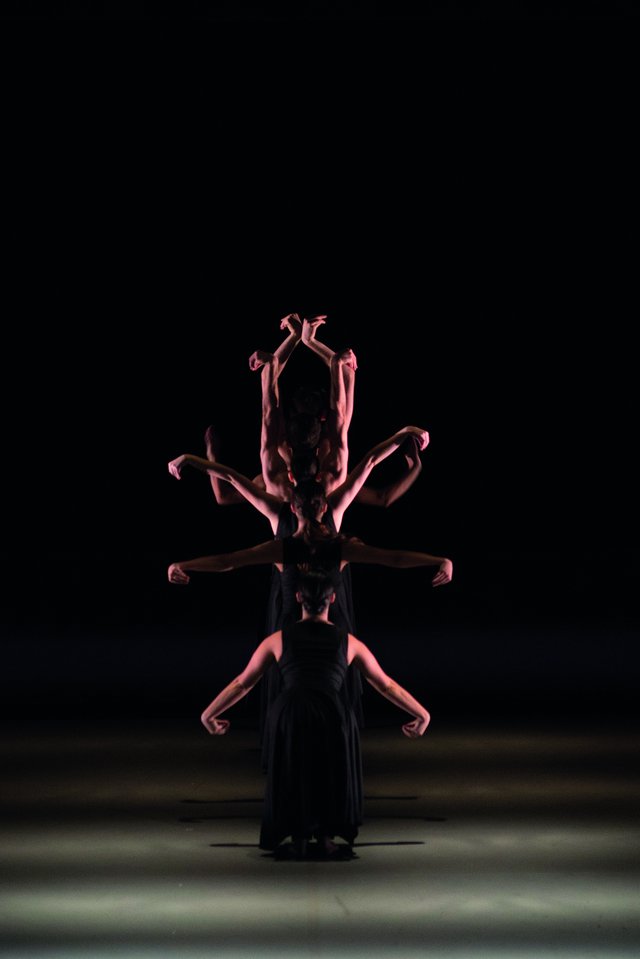 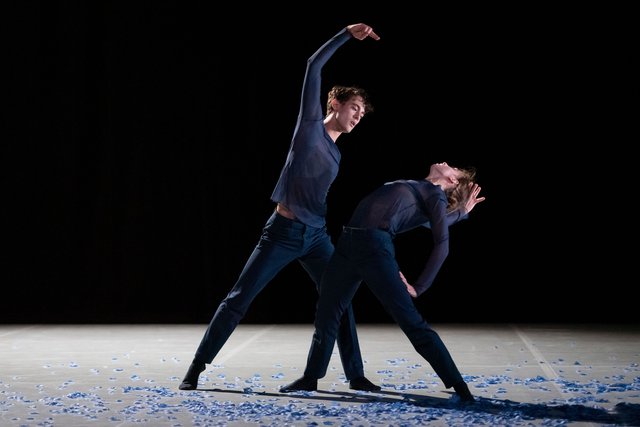 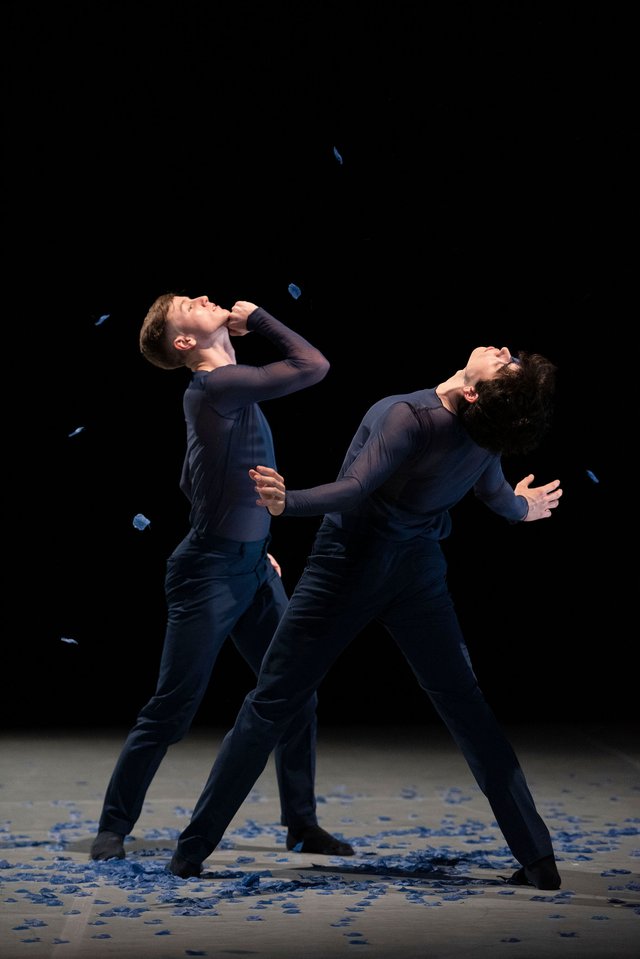 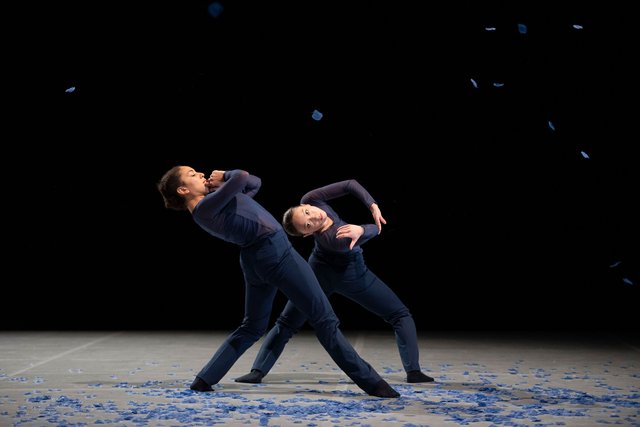 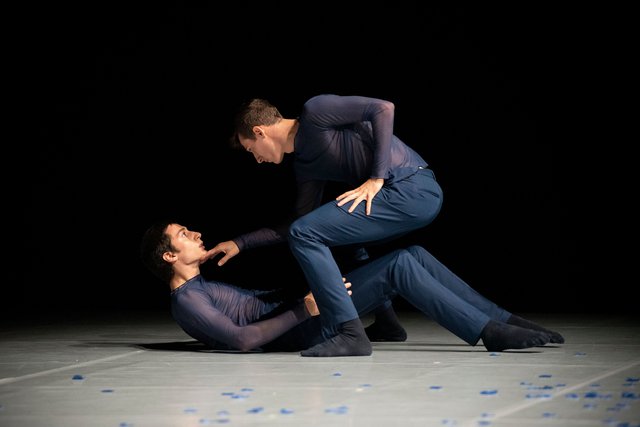 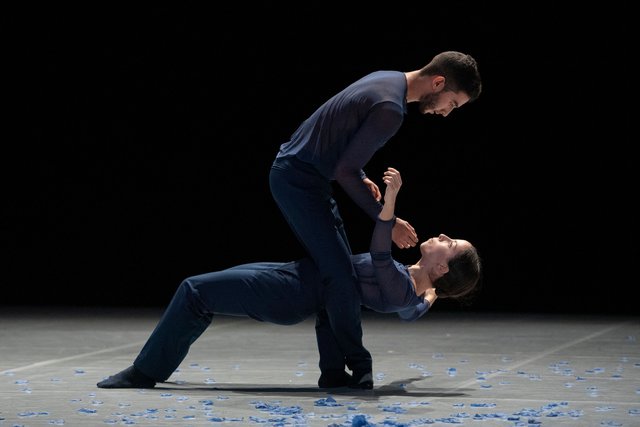 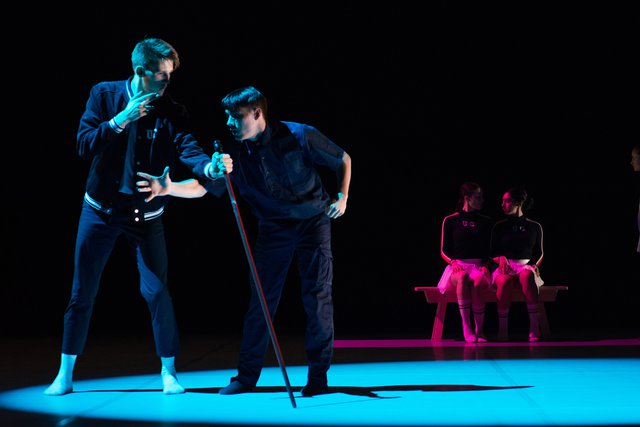 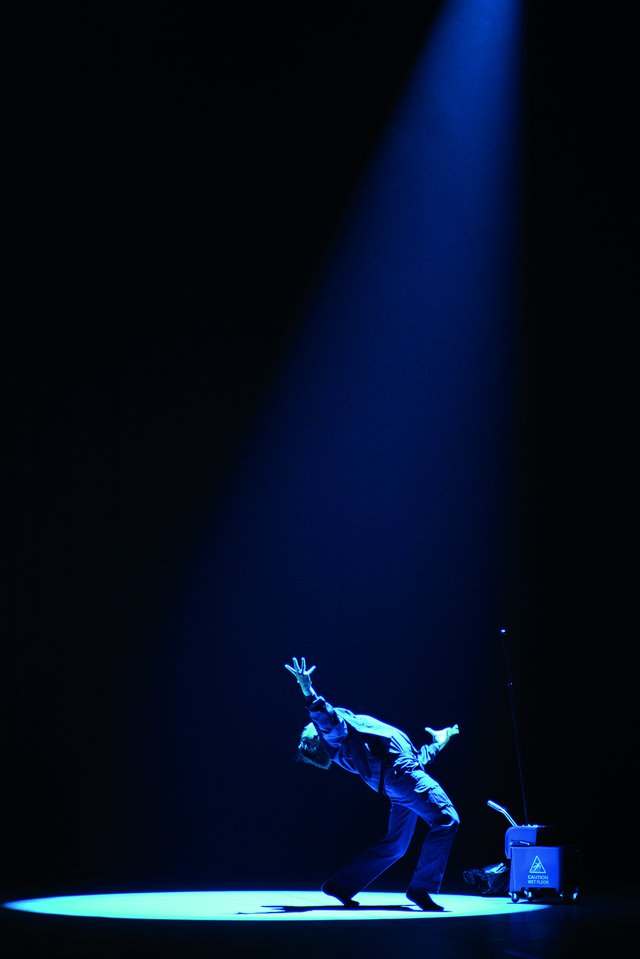 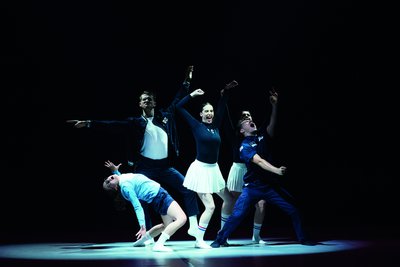 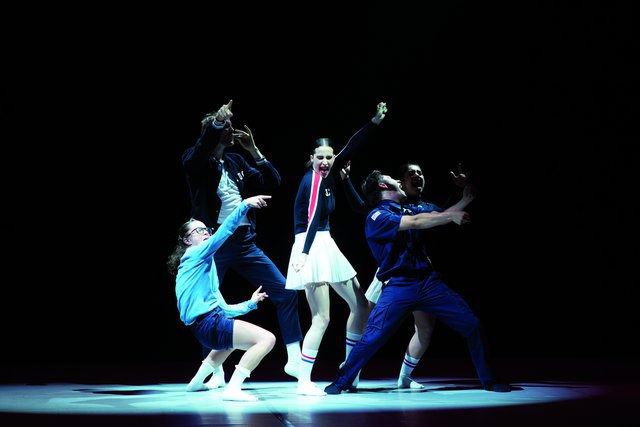 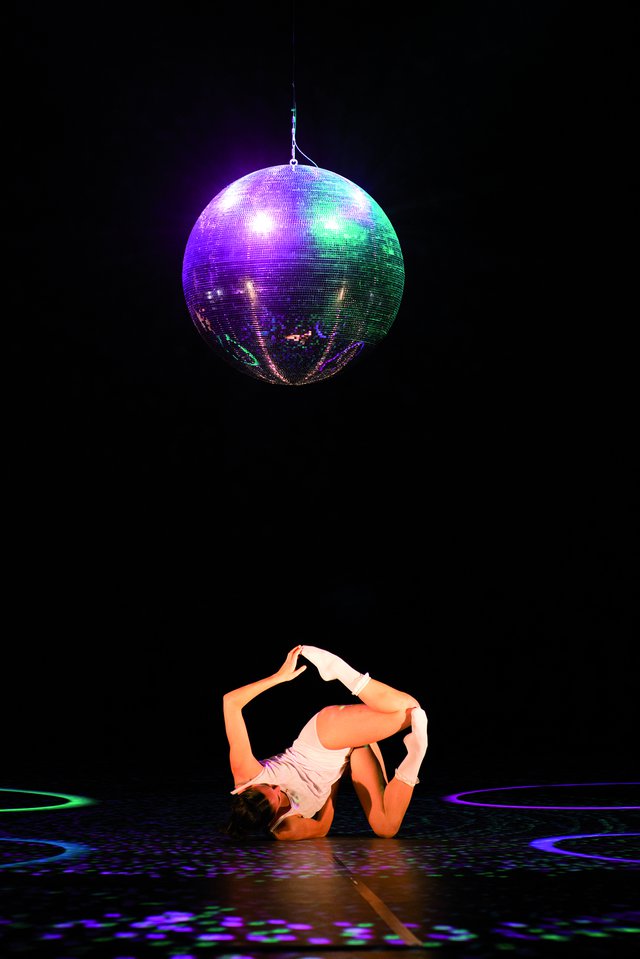 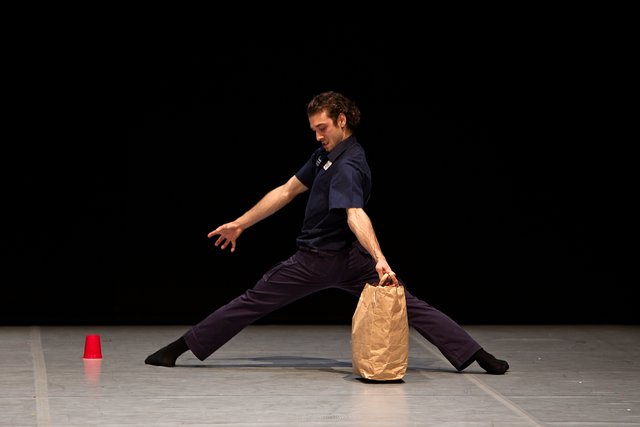 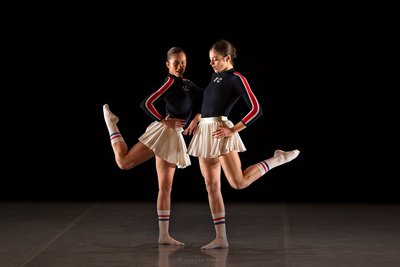 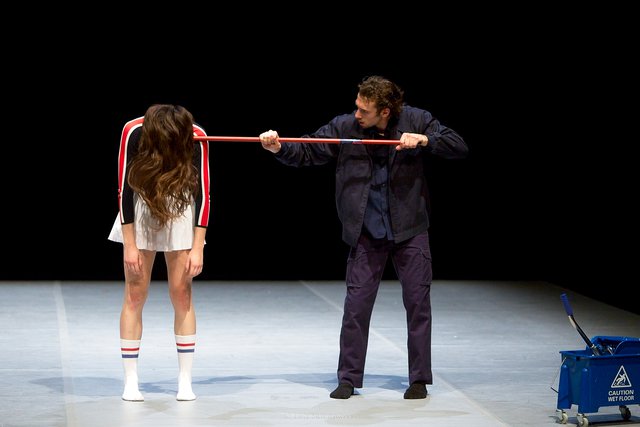 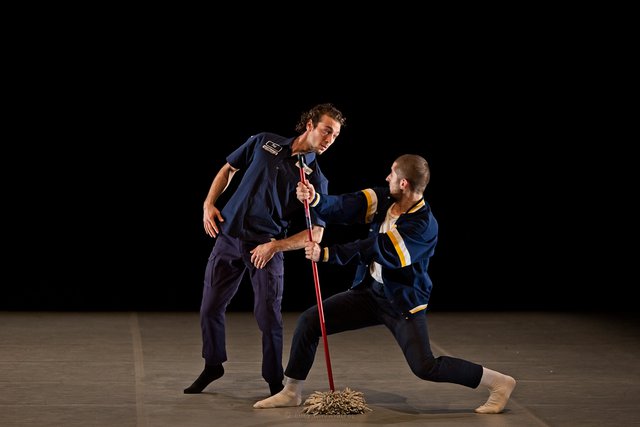 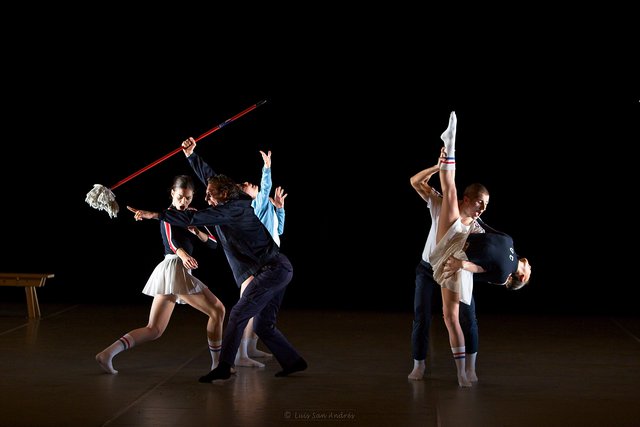